Get creative with what is 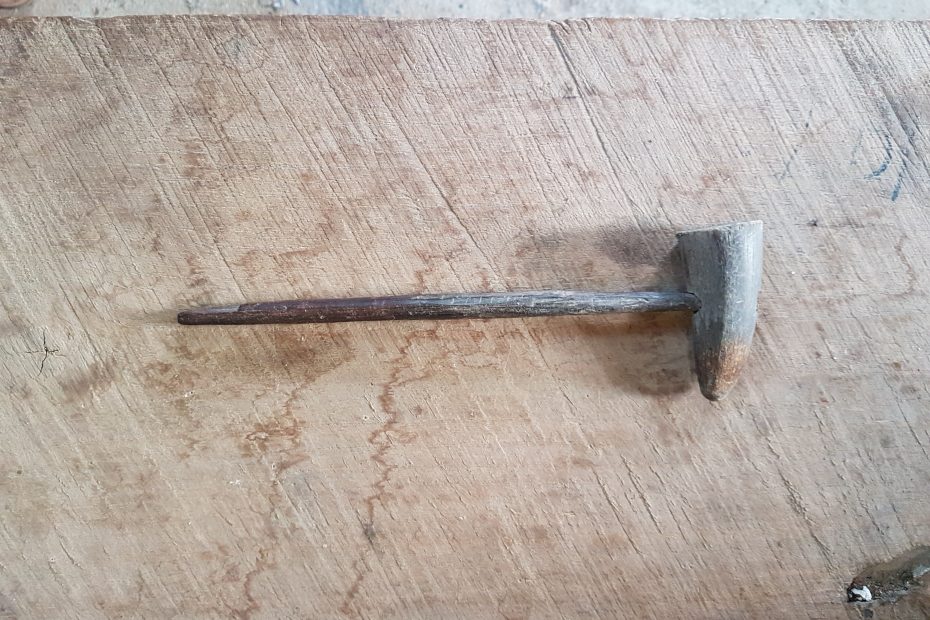 A traditional Lawa tribe necklace, made of Indian silver rupees, was the inspiration for a Thank you-piece of jewelry which I will give to my sponsors of my co-creation. It was also my salvation because what I had in mind was not going to work.

When I realized that, I was with Chang Mungan (Chang means goldsmith) in his working space. (photo below) He belongs to the Lawa tribe ethnic group who live in a remote mountain village in the Northern of Thailand, close to the Myanmar border.

After processing the disappointment, I saw the traditional chain of the Lawa tribe lying on a tree stump and asked him if we could use a part of it in the jewelry. His son, who is learning the craft from him, replied that he could make something with it. However, I would leave the village the next day, so I thought he wouldn’t be able to finish it on time. But again he said he was going to succeed. He worked very late that day and very early the next day, so I could take it straight away.

The give away-jewel is a reminder to me that if things don’t go as you planned, you get creative with what is. I think, this is also a great message for this challenging time we currently living in